Seattle’s Fight the Fear Campaign (FtFC) is a community-oriented violence-prevention initiative.  FtFC provides free training in basic self-defense to those who cannot afford them.  Funded by Brandi Carlile’s Looking Out Foundation, the goal is to make awareness, de-escalation, boundary-setting, assertive communication, and fighting techniques available to as many people as possible. 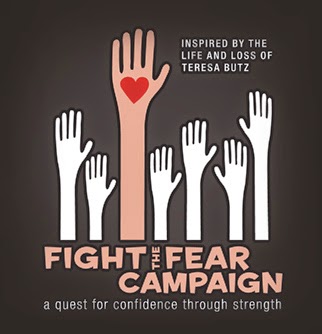 FtFC’s mission is to make self-defense training easily accessible because the skills and confidence that it builds are a proved deterrent to violence.  All classes are run by experienced instructors who tailor each workshop to serve the specific, focused needs of each group.

You can find out more about other classes and programs at the FtFC website.

When someone does not clearly communicate a lack of consent to sexual acts. At least under the law, according to the King County Prosecutor’s Office.

I don’t closely follow sports, but you’d have to be living under a rock in Seattle to miss the story of UW basketball star player Venoy Overton allegedly providing alcohol to two 16 year old girls and engaging in sexual acts with them.

You can read the Seattle Times’ story of his arrest for providing alcohol here: http://seattletimes.nwsource.com/html/localnews/2014433742_overton09m.html. Please note that he has not been charged with sexual assault, because:

State law, Spoor wrote, “places the burden on the victim to clearly communicate a lack of consent to the suspect, which she did not do.”

Most of the articles on this incident focus on the loss to the team of this player, at least for the Pac-10 tournament.  However, UW basketball coach Lorenzo Romar is quoted as saying he’d put Overton back on the team roster should they be invited to the NCAA tournament (otherwise known as “March Madness”).  Because his guy made a mistake, and this is a teachable moment.

As a teacher, I’m all for the teachable moment. Some mistakes, however, are more far-reaching than are others, and I am also all for appropriate consequences. For the girl who feels coerced, this experience will likely be deeper and longer-lasting than any repercussions felt by either the Huskies or Overton.

Every teenager and young adult will face “situational pressure.”  (Heck, EVERY person will face situational pressure, over and over, in their lifetimes.)  These instances can feel like being stuck between a rock and a hard place: the choice often seems to be between going along with the group or not having friends. How do we help young people recognize what they want for themselves, honor that, and still live fulfilling social lives?
This should be a teachable moment for young people, male and female, about consent.  But we won’t be seeing that in the sports pages — or any other media pages — anytime soon. Sexual assault is the social-issue wolf disguised in the individual-sheep’s-problem clothing.

Madness, indeed, is not limited to March.

PS – Learning to assert boundaries is sadly lacking in too many teen girls today. This kind of sensible savvy is practiced in Strategic Living’s For Teen Girls Only Self Defense classes. Next session will be April 2 in Burlington WA, and then April 9 in Seattle on the UW campus.

October. The leaves turn brilliant reds, yellows and orange, shrivel and curl, and drift off their tree limbs. The touch of October air is chilly and crisp. Halloween is almost here, one evening of ghosts and ghouls, spirits and specters. The next morning it’s November, time for harvest and Thanksgiving, and Halloween slithers back into the abyss . . . til the next year.

October is also Domestic Violence Awareness Month. We all know that domestic violence isn’t limited to October, nor should we be aware only these 31 days. Domestic violence is a wraith that walks the earth always. Abuse victims can be haunted for a long time afterwards: they are three times as likely to engage in risky sex and 70 percent more likely to drink heavily than other women; they are also twice as likely to report that their activities are limited by physical, mental or emotional problems and 50 percent more likely to use a cane, wheelchair or other disability equipment, a recent CDC survey found.

If you know a college-age woman in an abusive relationship, please download this flyer on dating violence and send it to her. Send it to her friends also. In fact, send it to any college-age girl you know. It may save her from this nightmare later. Do your part to exorcise this demon now.

Self-defense teacher and author Ellen Snortland wrote a really to-the-point article in the Huffington Post last week, which you can read in it’s entirety at http://www.huffingtonpost.com/ellen-snortland/license-to-live-time-to-m_b_253316.html.

Ellen convincingly argues that teen girls should be required to take a self-defense class as part of drivers’ education. I need no convincing. After all, self-defense are critical life skills for the most at-risk group of women in America.

And in case you won’t be clicking on the above link, below are Ellen’s most basic rules for personal safety:

I’ve heard parents ask me why self-defense classes are not routinely offered in the public school system, and I have no good answer for them. Perhaps that is the next level of self-defense, making sure others in your community have much-needed tools to keep themselves safe.

For more information, visit Self-Defense for Teen Girls Only.