Today’s topic may seem a little tangential, but bear with me. CVS Pharmacy, a large nation-wide chain, announced just a couple of weeks ago that it reached its goal of full transparency for beauty imagery produced by and for CVS. Apparently they made a commitment to educate its customers about the difference between “authentic” and “digitally altered” photos.  Apparently they are committing to reducing the overall use of highly photoshopped images in marketing.

It’s not exactly a secret that advertising images are highly edited, to the extent that the person depicted is not physiologically possible. (Generally that person so objectified is female.) And CVS has cited studies that point to a connection between the prevalence of such images and a negative impact on the mental health of women, particularly those ages 18 – 35. That seems to have been exacerbated the past year by the pandemic, which saw many women spending more time online, seeing more images of themselves via Zoom-like platforms, and being exposed to more online marketing.

OK, so about 1 in 3 women are less confident in their appearance now than they were a year ago. That’s an issue, and what does it have to do with your personal safety?

A colleague, Dr. Jocelyn Hollander at the University of Oregon, has just written an article (soon to be published) on the connection between taking an empowerment self-defense class and interactional expectations. Interactional expectations meaning expectations we have of what other people should be like, how they should feel, and how they should behave. What are our expectations going into any interaction with another person. And she found that learning self-defense not only changed students’ expectations of what they were capable of doing, it also changed their expectations of behavior from others and their ability to hold people accountable for actions and words. In other words, it shifts students’ thinking from a more passive, consumer focus to an active participation in making choices in their own lives. Taking that self-defense class taught them skills that spilled over into improving their quality of life, and the confidence to use them.

What does this have to do with beauty products and marketing images? When we buy products, we’re not just buying material stuff. We’re also buying the branding, the mystique, allure, the promises and hopes that using this product will improve our quality of life. When our media environment is flooded with imagery of women who look more like fantasy role-playing than reality, well, studies noted by CVS show the effect increases feelings of discouragement. CVS also noted that most women who spend at least an hour a day seeing their own image (i.e., on a Zoom call) report feeling more inspired when the see UNALTERED images of models online. Beauty practices is one way of practicing self-care, which should be empowering. Encouraging women to know they can reach out for their expectations and dreams.

My favorite self-defense book of all time is Self-Defense:  The Womanly Art of Self-Care, Intuition, and Choice by Debbie Leung. And one of the reasons it’s my favorite is the photos, which are of real women (rather than the tall and limber 20-something women wearing workout leggings that seem to be in most photos). This says to me, hey YOU can do this! This is for YOU!

Stay safe, and live YOUR life.

Today we’ll look at numbers.  Yes, more fun with statistics.  Not crime stats like I wrote about a couple of weeks ago, but what Americans overall think about crime stats.

A couple of more numbers: Back to 2016, 60% of Americans said that the crime rate was either “extremely” or “very” serious, and 79% reported that they worried about the rate of crime and violence. Yet in that same year only 14% of Americans felt that the rate of crime in their area, where they lived, was either “extremely” or “very” serious.  You can find these numbers, and many many more, at https://news.gallup.com/poll/1603/crime.aspx.  These Gallop people have serious fun with statistics.

Why do so many of our neighbors believe the crime rate is increasing when it was in fact decreasing? The prime suspect is likely mass media reporting. Violence sells, violence leads, and in our current 24/7 news cycle over myriads of channels, the theme of violence gets ingrained. Something repeated over and over and over, true or not, seems to take on a life of its own.

This is not news. This was discussed decades ago, before there were hundreds of TV channels, cable channels, and social media to disseminate highly lucrative disinformation. Crime sells.

Way back in the 1970s, Dr. George Gerbner at the University of Pennsylvania put forward “cultivation” or “mean world theory,” proposing that prolonged exposure to violence on television gives rise to increased fear of crime and a view that the world is a more dangerous place than it really is.

Gerbner testified before a US House of Representative Subcommittee in 1981 about possible political effects:

“Fearful people are more dependent, more easily manipulated and controlled, more susceptible to deceptively simple, strong tough measures and hard-line postures,” Gerbner said in 1981. “They may accept and even welcome repression if it promises to relieve their insecurities. That is the deeper problem of violence-laden television.”

And it’s not just the news, fictional programs too contribute to this “mean world” approach. How about social media?

Back to the beginning — what do Americans think of crime stats? Mostly we don’t.  Most people are uninformed, rely on information several times removed from sources, and spun to sell something.

Are better sources hard to find? No. And I’ll leave it at that today.

Today is May 26, 2021. I have some decisions to make. Scheduling classes for the summer. Usually it’s not a big deal, kind of like a jigsaw puzzle putting together dates with class types, but this year I have to choose between running live in-person classes or sticking with virtual Zoom sessions. Do I require in-person class attendees to be vaccinated for COVID-19? To show proof, or trust they are truthful?

I read this book years ago, “Yes” or “No”: The Guide to Better Decisions by Spencer Johnson. Johnson is known for writing business self-help books that rely on allegories to convey their points. In this one he goes through a tale about a young man needing to make a decision and the advice he’s given by a mentoring group while on an extended hiking trip. We never find out what the issue or choices were, the whole point was the process of arriving at a decision via a series of six questions. The first three questions were in the rational realm, but the second three were more in the domain of the heart. One of those key questions to ask oneself is “does this decision show that I trust my instincts?”

Sure, all of us on occasion have misjudged situations, misread body language, acted on our prejudice and assumptions. But what happened afterwards? What did you find out? Did you find feedback to learn more about yourself? Were you honest with yourself?

Or, did someone subsequently try to shame you, or insist that your assessments are always wrong? Always would be wrong? With constant picking on your choice of clothing, restaurants, or movies. Disparaging comments about your family and friends? Expressions of contempt for your opinions on matters cultural or political?

Over a decade ago one student told me about her self-development strategy. She sold cherries in Pike Place Market over the summer, 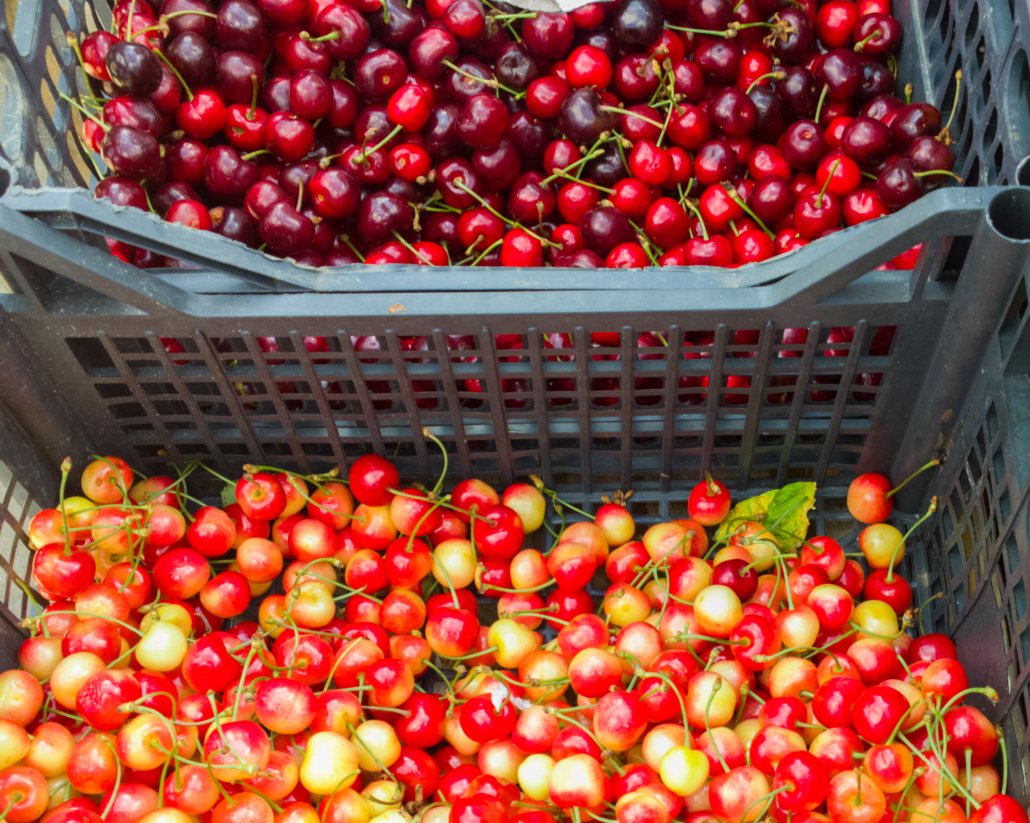 when she was home from college. Now, who’s in Pike Place Market in the summer? A whole lotta tourists, who really don’t need cherries. They may need a snowglobe with the Space Needle, or a chocolate salmon, or a T-shirt that says “my parents went to Seattle and all I got was this T shirt.” But not cherries. So she came out from behind the stand to interact more with visitors. From that experience she learned to assess body language and attitudes, and more quickly figure out who may be a customer and who may be a creep.  (BTW, I also talked about this in my blog post 2 weeks ago.)

As I’ve noted several times, the great American sage Yogi Berra is said to have said, you can observe a lot just by watching.

She honed her sense of trusting herself.  You can, too.