Today’s Google Doodle commemorates the 388th birthday of French author Charles Perrault. He wrote (based on folk tales) some of today’s widely-read, widely-watched, and widely-merchandised classic fairly tales, including Little Red Riding Hood. Today’s versions of the tales, however, have been sanitized to make them more family-friendly (and marketable). As this article notes:

“His version of Little Red Riding Hood, for example, made it more explicitly obvious that the ‘wolf’ is a man intent on preying on young girls who wander alone in woods.

“From this story one learns that children, especially young lasses, pretty, courteous and well-bred, do very wrong to listen to strangers, And it is not an unheard thing if the Wolf is thereby provided with his dinner,” he wrote.

“I say Wolf, for all wolves are not of the same sort; there is one kind with an amenable disposition – neither noisy, nor hateful, nor angry, but tame, obliging and gentle, following the young maids in the streets, even into their homes. Alas! Who does not know that these gentle wolves are of all such creatures the most dangerous!”

http://www.telegraph.co.uk/technology/google/google-doodle/12093512/Who-was-Charles-Perrault-Why-the-fairy-tales-you-know-may-not-be-as-they-seem.html
Some things haven’t changed much in the last 400 years.  Most people still envision those who mean harm as looking like monsters.  Pretty easy to spot, right? 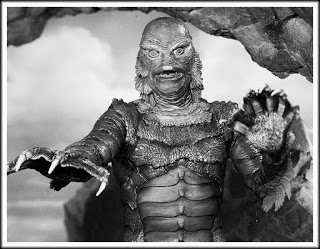 If all “bad guys” were this obvious, there wouldn’t be as much of a problem evading them, right?  But, alas, not all those who mean harm look like scary monsters.  Most, in fact, look like regular people.  Just like the three photos below, all of whom are Ted Bundy.  (If you don’t know about Ted Bundy by now, do a web search.) 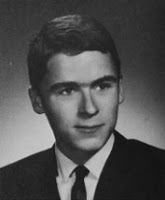 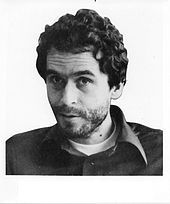 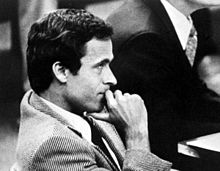 I could have told you the fellow depicted was an actor, a tech startup CEO, an attorney, or just any regular joe.
You don’t have to be a famous serial killer/rapist to get away with crimes.  Most perpetrators are someone the target knows, and to some extent likes and trusts.  That’s a deliberate ploy.  Most perpetrators depend on their targets’ trust, and manipulate it to their advantage.
And they rely on silence.  Not only the silence of their victims, but silence of those around them.  Silence of those who think they’re a “nice guy.”  (Bundy got away with his crimes longer than he should have because he was well regarded by a number of influential people.)
This is why we spend time in our self-defense classes learning to recognize the “red flags” that a person’s intent may not be good for you.  I’ve heard from some students, in retrospect, that this turned out to be the most valuable and useful part of class.
Because not all monsters look like wolves.
January 12, 2016/by Strategic Living LLC
https://www.strategicliving.org/wp-content/uploads/2019/12/StrategicLiving-web-logo-300x121.jpg 0 0 Strategic Living LLC https://www.strategicliving.org/wp-content/uploads/2019/12/StrategicLiving-web-logo-300x121.jpg Strategic Living LLC2016-01-12 22:19:002019-12-02 22:32:21The “Gentle” Wolves
Contact