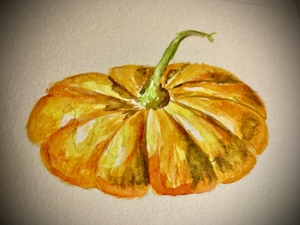 The last couple of months I’ve written about recognizing (and fixing) boundary violations, finding support, and building community.  All are essential aspects of personal safety.  And, for my final post of this year (still 2020), I’m turning towards feeling safety, i.e., recognizing what is (or is not) “safety.”

Think about your different environments.  Work.  School.  Home.  Shopping.  Commuting.  Public space.  Social gathering.  Maybe you can add something specific to your life.  Pick one.

Get out a piece of paper and a pen, or colored pens.  Consider how you’d know you’re “safe” in that place.  Make a list.  It could be bullet-point or mind-map organized, just begin putting thoughts down what safety in a specific space would look and feel like.

I picked Home.  Take a look at this video for what I consider important for feeling safety at home.  Now do the same yourself.  You may come up with similar results, or yours may be different.  Regardless, they are your choices.  Make them.

Safety at Home from Joanne Factor on Vimeo.

Some people like them, some are annoyed, most probably don’t care one way or the other.

But do pedophiles care?  Will the decal draw the criminal element to your family?  Some people believe so.

Even a few police departments are warning about having these decals on your vehicle.

However, there is one little issue.  There are no cases cited where a perpetrator gleaned personal information from stick figures and used it to commit a crime.

As a self-defense instructor, I have a short list of “rules” I check before giving safety recommendations to students.  Rule #1 is that any piece of safety advice has to be based on evidence.  There has to be some proof that this reduces violence in the real world, not just as a hypothetical in the world between someone’s ears.  No matter how logical or reasonable it may seem, if it does not exist in reality it does not get forwarded.

This suggestion that stick figure family decals can attract bad guys fails to meet that standard.

This piece of advice also ignores the substantiated fact that most predators who go after children are people already known to the family and do not need any decals to inform them.  You’re better off learning how to assess the real people in your children’s lives.

Jay Leno’s The Tonight Show has an occasional segment called “Fun with Fake Surveys.”  Some of the show’s writers go to a local mall and pretend to “survey” shoppers. They would collect a few bits of info from those who responded (the “target”) in return for a gift card. Info like your name (first and last), college you attended, home town, marital status, hobbies, etc. Then another actor would use that info to pretend to be someone the target had known from college, or met at the beach, or who works out at the same location. The fake friend would begin a conversation, and it would lead to a compromising situation when other actors playing bosses, new husbands, or creepy road rage stalkers joined in.  They wanted to see how far the target would take the charade for their “friend.”

To see what actually happens, you’ll have to see the show. Fortunately The Tonight Show is available online, free, at NBC’s website. I’ll even make it easier for you, here’s the link to the show that prompted this blog post.

On another but related note, hardly a week goes by without a Facebook Friend request to add my date of birth to a FB app.  Your birthday is one of a handful of pieces of information that can unlock a whole host of other information that can let another person pretend to be you. That’s identity theft, and it is bad. In my life, the only people who need to know my date of birth are family, moderate to close friends, the IRS, my employer (for the IRS), my bank (also for the IRS). And anyone doing a criminal background check (I always pass, thank you for asking). I decline the FB app requests.  I recommend that when you sign up for services such as FB that really do not need your birthday but insist you put down some date or you don’t get to use the service, do not provide your real birthday.

I recommend you carefully consider what information about yourself you make available, to anyone who may be asking. Even if it seems innocuous. Information trafficking is a big black market business.

I wonder how many people the Tonight Show actors approached to get the three featured targets on this episode. How many said no, or gave only partial info (like refused to give their last names). I wonder if any gave fake info, so would know immediately that the person approaching, pretending to know them, were bogus?  Anyone up to calling The Tonight Show‘s producers to ask?